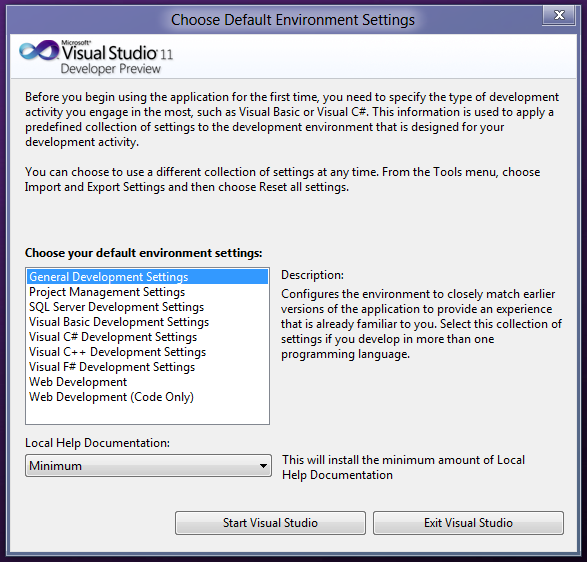 After installing the IDE by downloading the web installer we found that the look and feel of Visual Studio has not drastically changed. The improvements made have been more on the side of adding more toolbars and project templates including JavaScript and Metro UI based projects. We like the fact that Visual Studio 11 has remained similar in layout to Visual Studio 2010 for the simple fact that we have too many customizations on Visual Studio 2010 to have to find all of the custom controls again. 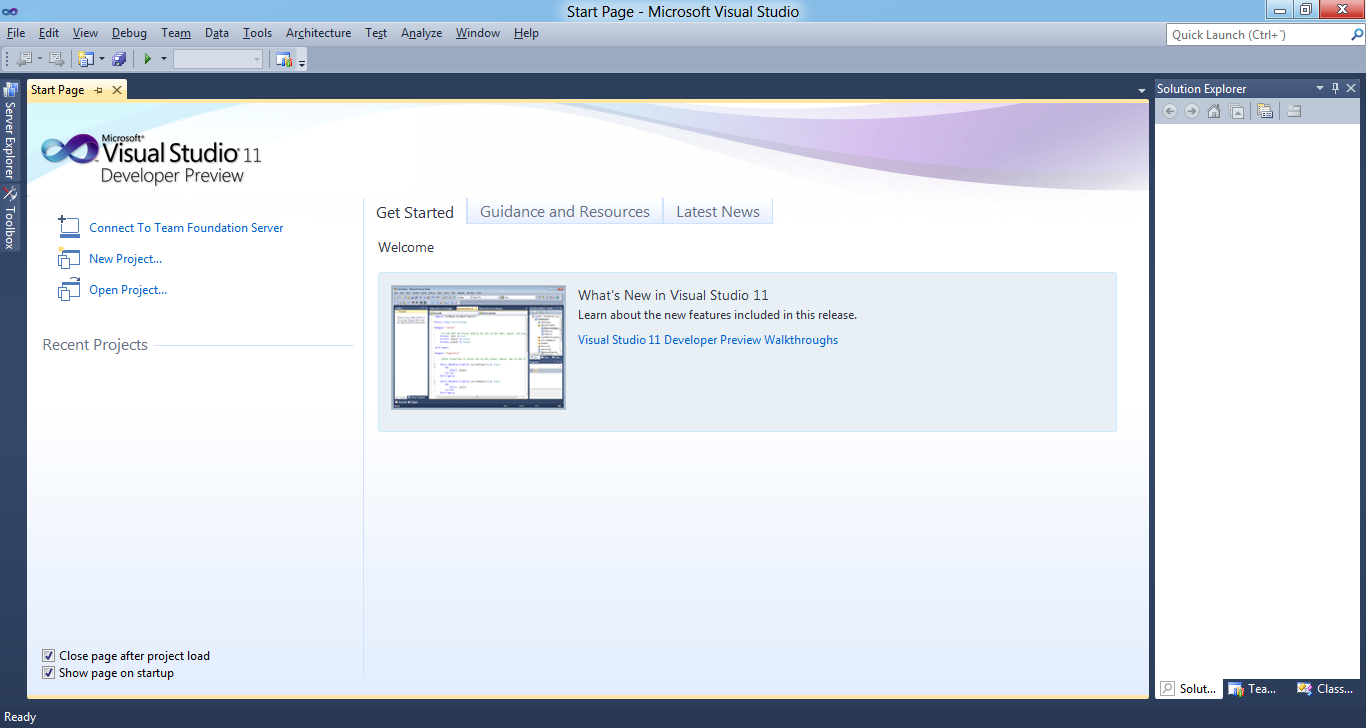 We were also impressed with the new HTML5 forms support included in the Web based projects. This will be very useful for web developers not wanting to template their favourite websites with often used HTML5 code.  We like the fact that Microsoft has also included intellisense data on all of the HTML5 tags including audio and video.  Also, WebSocket protocol support is now included in Visual Studio 11 Developer Preview.

In conclusion, Visual Studio 11 Developer Preview is a step up from the 2010 version and we like what we have seen so far.  We like the “edgy” appearance of the new Visual Studio windows but that could be the Windows 8 environment.  With all of the support added for Windows 8 development as well as HTML5 support this new Development Environment will be on our wishlist. We are embarrassed to say this but, we would wait outside a Microsoft store for the new Visual Studio release just like Apple fans wait for a new iPhone. Until the next article, Happy Hacking!