It seems like not too long ago we were reviewing the iPhone 6 Plus but we have decided to switch sides and see what the Nexus 6 has to offer. This years Nexus device is much larger than we have ever seen as well as the price tag. We have been using the device for only a week but have much to speak on the hardware, software and usability.

We decided to go to our guy at Wireless Wave in the Masonville location – Osman the Cell Guy – and asked us to hook us up with a Nexus 6 as it has only been a couple of months since our last upgrade. Make sure if you have any cell phone needs you check him out if your in town as he can usually manage things with a little to no notice. Its part of the reason we keep coming back to get our devices from him. Interestingly enough this review will be on our second Nexus 6 as the first had overheating and lag issues. Make sure to check out after the break to see how our experience went. 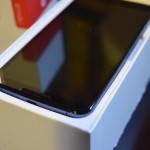 One of the first things you will notice is that LG didn’t manage to make the Nexus this year. Very surprisingly it is Motorola and as we will see it will resemble some of the companies other products. We should probably start with the 6 inch (5.96″ if we are being nitpicky) AMOLED touchscreen with a resolution of 1440×2560 and ~493ppi. At the top of the glass is the front facing 2MP camera and one of the two “boomsound” front facing speakers. This is also where the sensors are kept. At the bottom is the other front facing speaker. Moving onto the right side of the device we have the power button and the volume rockers in the dead middle of the device. We have found that this is slightly awkward when holding the device but the back of the device has helped to correct that.

The back of the device is where the 13MP camera is housed near the top and just below it is an indented Motorola “M”. This has helped us numerous times overcome the large size of the device by placing a finger in the indent to steady the device. Near the bottom of the back is one of the microphones. Moving onto the top of the device is the 3.5mm headphone jack. Right next to it is the nano sim slot (make sure to get a suretap nano sim if possible to use tap and go features). The bottom of the device is where the microusb port is housed. We noticed when going to use the Turbo charger that when the microusb is placed straight it will not go in and has to be slightly angled.

The internals of the Nexus 6 are those of a high end flagship device with a Qualcomm Snapdragon 805 (Quad-core 2.7 GHz Krait 450 CPU and Adreno 420 GPU) which allows for the device to stay cool when doing more intensive tasks. We wont lie, this is what they tell you but we have managed to get the device quite hot more often than not and not just when charging (realizing that the device will heat up when charging no matter what). The Nexus 6 also comes with 3GB of RAM but what is confusing is that we are not using a 64bit architecture like the Nexus 9 does (the Nexus 9 has 2GB of RAM and cannot fully take advantage of the 64bit architecture it has in place) as it has the RAM to do so. Internally the Nexus 6 comes with a number of sensors which include a Accelerometer, gyrometer, proximity, compass, and barometer. The barometer is the one we find most interesting as we do not see many applications measuring pressure around the device.

With just looking at hardware and ignoring the price for a moment, this device is top of the line and is something that would make Android fans drool over. That being said this device is like a Moto X fed Miracle Grow. That being said about how rediculously huge the device is, it fits surprisingly well in the hand and since we are used to typing with both thumbs (iPhone 6 Plus) it did not bother us much. Making calls looks like you may have a small tablet to your face but scoff as some might, that screen is amazing for videos and consuming content.

The Nexus 6 ships with Android 5.0 Lollipop and once you get through setting it up, you will be prompted to update to 5.0.1. There are a number of new things in Lollipop, not the least of which is the material design.

This takes the look of Android and makes it more polished. Things now flow and feel like they have a place. When clicking the App drawer for example you can see the fluid animation where the drawer overlays itself over the button and closing the drawer will slide it back into the App drawer circle.

Another great feature of 5.0 is the Ambient Display notifications. The benefit of having an AMOLED screen is that it can only use the part of the screen that needs to display the notifications. The Nexus 6 does it in such a way that when a notification comes in the screen will be black and white if you do not touch it so as to conserve energy, once being touched color is populated and the entire screen lights up.

“OK Google” has made its way into every nook and cranny of Lollipop with the always listening feature. Mind you it is only available for the Nexus 9 and the Nexus 6 we will probably see this pop up in other phones sooner than later.

There is also a new feature called Priority mode where you can choose the apps that can disturb you and set rules around how and when you get notified. It has been compared to the iOS 8 Do Not Disturb but a little classier and more well rounded.

Last but not the least of which we have touched on is Tap and Go. This feature is available when setting up the device and you want to migrate from an old Android device. Have NFC? If yes all you have to do is place the devices together like you are going to beam something and the Nexus 6 will pull all of your information over.

It is the features mentioned above as well as a myriad of other unmentioned ones that have made Lollipop such a sweet treat for Android users. 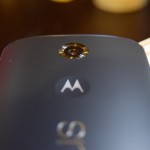 Here is where the Nexus 6 gets interesting. The review we are doing right now is on the second Nexus 6 as the first had a few issues.

The first was overheating. Getting the Nexus 6 and bringing it home and installing everything on the original factory charge went well as long as we did not restore from a backup or add all 150-175ish apps we usually have on our device. This caused the device to get quite hot to the point we needed to set it down on a table/cool surface as it was unbearable to touch.

The second issue with the first device was lag. Once we got the apps installed we needed to add our account information into many of them. This requires us to quickly open the app, put in the information and repeat for all apps needing a login. We had around 10-15 applications open when the device just started to lag horrendously. Pressing the home button took 10 seconds to respond and the recently opened window took just as long is not slightly longer. We found that closing the applications in the recent slider sped the device up immediately. A very odd situation for a new device.

The device we are using now does get hot but not even close to the original device we had. We also have not had the issue of lag and as we speak there are around 25 applications open in the slider right now. This device is speedy, snappy and fluid. It highlights what Lollipop is all about and we are glad we gave the Nexus 6 another chance.

Camera is one of those things that we like to speak very little on and get some images in front of you to judge for yourself. Without taking too much time check out the photos below and you will probably agree they are quite good for a 13MP camera.

All so often we use our smartphones for everything but making calls. There is the odd time this may become relevant but we also want to make sure that the connection quality is good as well. It is the strangest feeling coming from an iPhone 6 Plus where my bars never went below half, to a Nexus 6 where the bars jump from half to none intermittently. The connectivity comparison was made at the same locations for both the iPhone 6 Plus and the Nexus 6. It seems this is a prevalent issue and one that may be fixed by a software update. Calls when connected are crisp and clear without any glitching. Fear not, when you do have bars the quality of the call will not be the thing standing in your way to a good conversation.

Battery life in Android has always something to be desired. This being said, Android has taken steps in the previous release to try and curb the systems need for juice. In Android they are taking it a step further with project Volta. This includes a couple API’s that can be used to drain less battery in developers applications.

As a phone the 3220mAh battery is more than enough to get you through a 12 hour day. Considering ourselves power users with 4 gmail accounts, one hotmail, 5 twitter accounts, instagramming, facebooking, playing Clash of Clans (FragginWagon) and snapping pictures of my 6 month old and I am left with 21% at 12:30AM the next day if I wake up at 6AM and unplug my device.

The best part about the Nexus 6 and the battery though is the Turbo Charger. Leave your device plugged in for only 15 minutes and you will have 6 hours of extra usage. This seems like quite a boast for those not seeing it for themselves but it may not give you 6 hours but the charger does go FAST. This leaves us excited for when more phones implement this technology as todays age waits for no geek. Those with Nexus 6’s and their Turbo chargers will win the Darwinian race everytime.

For those of you looking for the latest and greatest Android device on the market with the latest OS, this device is for you. This is, as long as your willing to pay $299 to lock into a 2 year contract or buy it outright for $749 for the 32GB or $799 for the 64GB version. Price being somewhat of an object we decided to go for the 32GB on contract. This device is the top of the line in hardware and it will be a hard thing to walk away from now that we have Google Now back in our hands. I cannot see us switching back to an iPhone 6 Plus anytime soon as Android now has it all. Freedom, polish and the Play Store apps to back up its ecosystem it has it all. Let us know if you have the Nexus 6 in the comments below and make sure to check out our photo’s below as well of the unboxing. Until the next review, Happy Hacking!