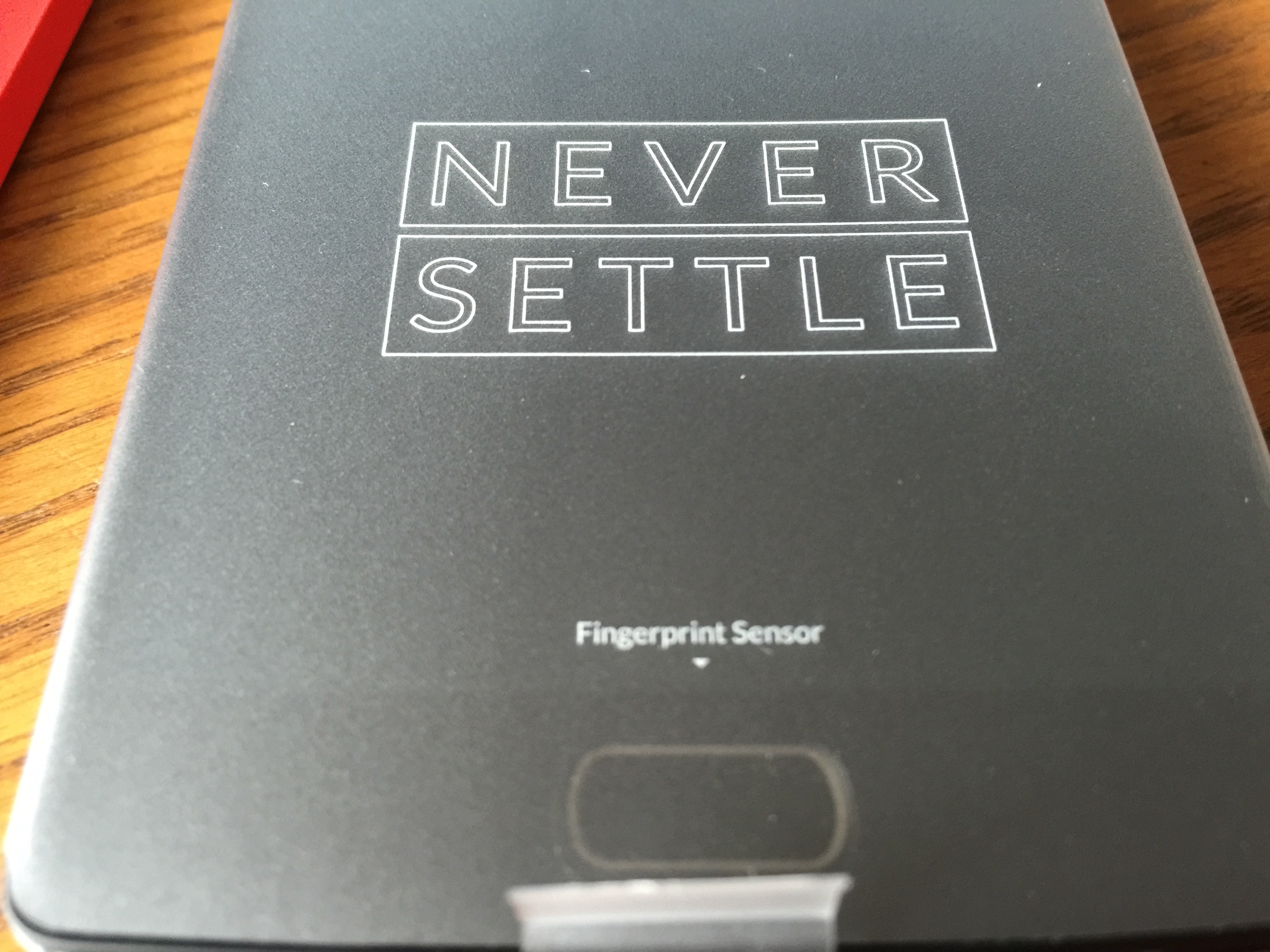 Many of you have been waiting patiently while OnePlus gets ready to open the floodgates and let slip the invites for the OnePlus 2. Many have done your research and learned as much as possible about the device before laying hands on it. We are going to give you one of the final pieces of the puzzle you are yet without. A hands on experience with the OnePlus 2 from someone like yourself. A huge geek who loves new toys and lets be honest, thats exactly what this is. A little more snap and power to it than most other toys mind you but we will get to that. Intrigued? We hope so! Check out below for our review of the OnePlus 2 after having it for a week. 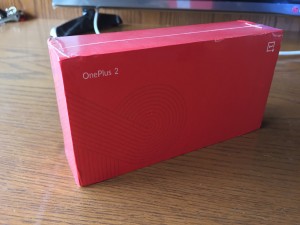 Upon getting the OnePlus 2 our eyes lit up with the joy of a child on Christmas morning. Quickly opening the shipping it came it we were presented with a red box wrapped in plastic. It looked like it could use some help getting out so we took it out of the wrapping and were presented with what can only be described as the OnePlus Feel. It feels like a kind of rough silk on the box and the paper they pack with it. Don’t deny it, you know what we are talking about! Its the feel of attention to detail, thought down to even the packaging and how the consumer may feel more valued with something like this instead of a dull white box.

After opening the box we are presented with the phone itself, wrapped in a sheath of plastic and on the front in big letter reads, OnePlus 2 and below it, NEVER SETTLE. A very bold statement we have come to appreciate in the OnePlus One. On the plastic you can see in smaller lettering all around it points out the cool features of the device like the fingerprint sensor. We set the phone to the side and take out the thinner box inside that has the users manual and other documentation. This box also has the OnePlus Feel to it. Moving this out of the way we get to the good stuff. The charging wall block and the USB Type C to USB cable. This will be your best friend in the coming months of owning the OnePlus 2. Thinking about it now, you probably should not leave home without at least the cable as USB Type C charging cables are not that prevalent as of yet.

Holding the OnePlus 2 there is only one thought that comes to mind. Sturdy. This device feels like it is well built with a firmness and feel that just makes you think that if you were to drop i, god forbid, that the ground would crack before the OnePlus 2 would. Reading around on other reviews we see that they do not like the heaviness of the device and it never goes away, we don’t seem to have that issue and personally we wouldn’t want it to. The heaviness or sturdiness gives us a feeling of confidence that it has our back when things get rough.

Speaking of rough, the Sandstone backing (drawn from the original OnePlus One) is a nice touch to the device. Not too rough, it gives the OnePlus 2 a better grip in the hand and like you can maneuver it better when touching the screen. We are coming from an iPhone 6 Plus so the OnePlus 2 feels right at home in our hand since it is smaller than the 6 Plus. 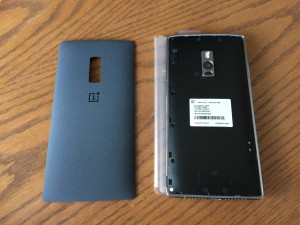 The front of the device is home to a 5.5 inch Corning Gorilla Glass encased screen and OnePlus opted for the 1080×1920 display which gives us ~401ppi resolution. The real fun starts when you look to the only depressed ‘button’ on the front of the device. This is the home button. It is also a fingerprint sensor that can be used to unlock your device. This sensor is said to be always on so even when the device is sleeping you can just press your finger to it and it will wake it up, and unlock it for you. In our time of using the OnePlus 2, this rarely happened as seamlessly as we made it sound. First press was usually a dud and the next press you could hear the vibration and the screen would turn on. Finger recognition on the sensor was definitely better than most though.

Internally, the device is equipped with a Qualcomm Snapdragon 810 chipset and 4GB of RAM. No, you did not hear us wrong. That is 4GB of RAM that this beast takes and it makes it as fast as hell. We are almost of the opinion that the OnePlus can interpret what we want done and do it just by reading our thoughts, that’s how responsive this thing is! In addition to a killer processor and massive amounts of RAM, it also comes with a 3300mAh Lithium Polymer battery. If your mind does not equal blown right now, this may not be the phone for you. With a tweaked top of the line processor, that much RAM and a battery like that you could run a fairly decent laptop on those specs. That being said, we did find that the processor does heat up. We know that OnePlus spent extensive time working with Qualcomm to tweak the performance and mitigate the heat issues the 810 was having but is seems like they still bled through. The heat was rapidly increasing when we started to download the 23 updates to the core apps on the device. This could always be solved with a software update so we are optimistic and it is by no means a dealbreaker for us.

The back of the device is where the 13MP camera is housed. Surrounded by the sandstone backing, the camera really pops when looking at the back. This in our eye is one of the many wow factors of the device. You will know what we mean very soon in the next section. In addition to the camera the back actually pops off quite easily and beneath the swappable covers (also can grab kevlar and bamboo just to name a few) you will find the sim card slot (taking nano sim) at the top left of the device. This is VERY VERY cool as it is our first experience with a dual sim phone and we have to say the one slot for both sims, ingenious.

We found the camera on the OnePlus 2 to be absolutely stunning. Looking at some of the images below it is unbelievable how detailed they are. On zoom seems to be the real test of how well a smartphone can capture an image and the OnePlus 2 can zoom in without the loss in quality the iPhone 6 Plus and other great cameras with phones attached seem to have. We don’t like to spend a lot of time talking in this section as the images usually stand for themselves. That being said, the images below should speak volumes to you. All we have left to say is, Enjoy. 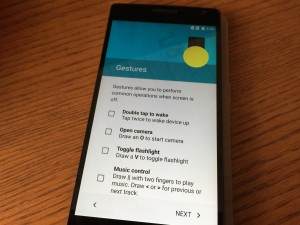 There has been much debate over the future of the OnePlus brand and lineup when news came around that CyanogenMod would not be the provider of the software as it was an easy to see fit for the two companies. That being said, OxygenOS is an amazing addition to an already awesome piece of hardware. The interface is lightweight, snappy and seemed to be able to take anything we could throw at it. When first starting the device and walking through the setup (sim, wifi, google account, etc.), we liked the fact that OxygenOS took the time after all of the basics to make sure what we wanted was actually done and not just enabled by default. Again, that attention to detail shines through. We especially liked the Shelf BETA (will let you discover for yourselves as there has to be some mystery in the phone to user relationship) and liked that it asked about gestures and what ones we wanted on. Personally, double tap is the only one that appealed to us so it was great having that option to turn of the music and camera gestures.

After the customization of OxygenOS we have to admit that the rest of it looks pretty similar to CyanogenMod. This is NOT a bad thing. We like that the interface is not too different as it gives a familiarity to the device and we felt like we have been using this software for ages, kind of how Android makes some users feel. Those that hesitate to buy the OnePlus 2 because of the OS…DONT. 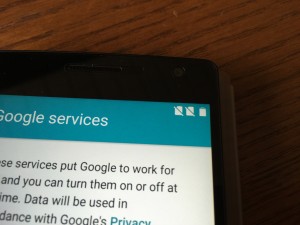 This is where we think that the OnePlus 2 could improve on. The OnePlus 2 is a beast when it comes to hardware and the wireless is not different. The only black sheep in the family for some reason seems to be cellular. We can get connected to Rogers just fine but it seems the signal is somewhat week. Keep in mind we are testing this in the Binary Wasteland fortress of solitude (patent pending) so it gives us about one bar. Some times it gives us No Service which makes us look awkward holding our device to the sky looking for a cell signal. Calls we clear when we made them and surprisingly, only one dropped call and we think it was the person we were calling (only because they said so).

For this section we really hope that the reception issues of only one bar or more likely the case, No Service, are resolved shortly and we can get back to enjoying all of the OnePlus 2’s great hardware and features.

Battery life on the OnePlus 2 is in a word, decent. With a 3300mAh battery and a tweaked Qualcomm Snapdragon 810 chipset, one would think that this thing should sip battery. If you go into thinking that then you will be wrong. Sure there will be the select few devices that don’t fall into this category, to those users keep the device close and never let it go. With our device we started out with 83% when first booting the device. It came time to add a Google Account and as soon as the first of four was added it started to go downhill from there.

We ended up at 73% after the second email account was done syncing. The third and the fourth emails to be added (all Google accounts) took us below 50%. Downloading all of our apps (175) left us with a sliver of battery. We let our devices die completely before we charge them and so it was with the OnePlus 2. Charging is pretty good with the USB Type-C cable and we need to make a note to grab a few more to have with us when we travel. For the average user, the OnePlus 2’s battery life will suffice to last most people through the day. The absolutely lucky will make it a day and a half to two days.

The OnePlus 2 is a powerful device, there is no denying that. With any great device there are expected to be caveats. The OnePlus 2 is no exception. With a battery that will last less than a day for the power users and connectivity issues that are intermittent it is a quandry to some on whether to get it. For us, the choice is simple, we want the device for the great hardware, software, camera and to support a company that won’t make you pay out the nose for a device outright like some companies will. We say get it but the final choice has to be yours. Make sure to check out the gallery of images below and let us know what you think in the comments. Have a OnePlus 2? We also want to talk with you in the comments. Until the next review, Happy Hacking!