REVIEW: iPhone 6S Plus – Iterative Upgrade or Must Have? 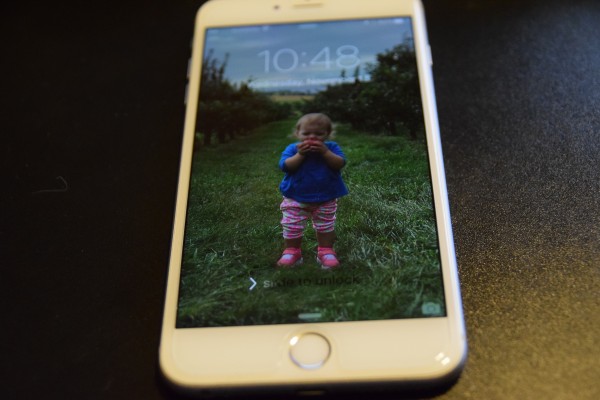 For those not in the loop, Apple released the iPhone 6S and the 6S Plus on Sept 25. Most of you may balk and say it’s just an iterative ‘S’ upgrade and those of you that are should continue reading. There are some powerful new features in this years ‘S’ model that may make you think twice about skipping this device and waiting for next years more advanced model. We go over the iPhone 6S Plus in the review below as that was the 6 model we had previously. Check out after the break for more info and our thoughts.

The iPhone 6S Plus comes in a white box, similar to the iPhone 6 Plus with the blue fish that is on the commercials you have probably seen on TV or Apple’s website. Upon opening the box the first thing you are presented with is the new iPhone’s gorgeous 5.5 inch screen. It is the place to start as this is where most of the new technology is. There are now sensors embedded in the display that can detect how hard you press the screen and can now react accordingly. The display resolution is 1080p which is on par with the previous iPhone 6 Plus giving the 6S a 401 ppi ratio. Just above the screen is the speaker and the new 5MP FaceTime camera which we have to say is a much needed upgrade from previous versions.

Moving down from the screen we have the home button which includes the latest version (V2) of Apple’s fingerprint sensor. Just a brief tangent on this before we cover it in software below; this is SO MUCH BETTER than the original. If we were to continue to go south on the device we would come to the bottom where the lightning charging port is, along with a mic, the speakers and a 3.5mm headphone jack. Nothing much has changed here.

We are going to move to the right side of the device, where the power button is housed and then we can see turning the iPhone 6S Plus 180 degrees the volume and mute switch are located on the left hand side of the device. If we look to the back of the device we can find where the improved photographic experience is.

Apple decided this year to change it up and introduce an upgraded camera (in MP not just the lens and such) and went with a 12MP camera over the 8MP from the iPhone 6 Plus. This has made it a huge improvement over previous versions of the iPhone and a must have in our minds. Looking at an Android device with a higher MP camera? You may want to hold off until you see some shots from the front and back cameras below.

Diving into the internals we see some upgrades that lend to the new motto of the 6S Plus. To being with there is an upgraded A9 chip that is 70% faster than the iPhone 6 Plus that comes coupled with a M9 motion coprocessor that can last longer as it is embedded on the A9 chip. The GPU is 90% faster than the iPhone 6 Plus model which is impressive in itself. The iPhone 6S Plus also contains a new taptic engine that allows the device to tell you how hard you are pressing on the screen to give you faster feedback on what to expect on your press.

iOS 9 has introduced a bunch of new features, and some of those new features are only accessible from the 6S or the 6S Plus. We won’t pour over the entire list, just the few we have found useful over the past 2 months.

This first we find pretty useful and quite frankly amazing, is live photos. The iPhone 6S Plus is capable of taking a picture and capturing the half second before and after the image (going to sound familiar in 3…2…1…) to create a moving image. We know this is not revolutionary but we have to say, having kids this is an amazing draw to use it over the normal photos as we can give context to what was happening in the image. Personally, taking pictures of my daughter with live photos enabled is one of the more rewarding things the iPhone 6S Plus does for me.

Second, 3D touch on the iPhone 6S Plus is great. We won’t give you a spiel about how this is changing everything we do on the device, frankly because it does not. We would ask that you take a journey with us and image this technology 3 iterations from now, when the only iPhones supported and developed for are the ones that support 3D touch. This opens an exciting possibility for developers to do so much more that ‘pop’ and ‘peek’. We could give more context to our applications and enhance games in ways we never thought possible. We think that this is something that Android and Google need to take note of and work on a variant for the Android platform. This being said, the downfall we found it the touch is quite sensitive and wanting to move icons (make them wiggle to delete or move) makes the phone think you want to 3D touch them.

An addition to 3D Touch is the quick action selections most app developers are quickly trying to integrate. A good example is Swarm. I need to go into an app, click the middle button and check into the place I am at. Now with 3D touch I do not need to wait for the app to load to click the button but instead I can 3D Touch the icon and select checkin to bring me right where I want to go.

Last but not least is Siri. WAIT! Don’t stop reading because we can all relate to how terrible she could be in the past. I myself was not a big fan, pre-iOS9 update. After iOS 9 its my opinion that she has improved to the point I can bestow her the prestigious title of VC (Virtual Christina – a name I don’t give out lightly as I rely on VC to keep me on track and organized, like my wife Christina does). She is better at listening and interpreting what I am saying with minimal number of things being displayed wrong. Also, if you have not tried it yet, do “Hey Siri, read me my text messages” and enjoy.

The camera on the iPhone 6S Plus has gained a huge leap forward in terms of MP. Going from a 8MP back camera to a 12MP has cleared up some if not most of the graininess of the images when you zoom in. We do still notice the images get kind of pastel-y (we know this isn’t actually a word just best way to describe it). That being said, check out these images we have shot using the iPhone 6S Plus back camera.

The front facing on the 6S Plus has also been bumped from 1.2MP to 5MP which is good for users of FaceTime as it does enrich the quality of the image. Just make sure you have a good connection to the internet as quality as degrade the poorer the internet is.

This is where the iPhone 6S Plus gets a little dicey. As in the previous version, the reception within the HQ of Binary Wasteland is not the greatest, with one bar or dot being present all throughout the building. Go outside and you could get two. In a city like London, ON LTE is on at full bars so if you are looking for a device that does well in the home and need to connect via cell signal to the internet, this may not be the phone for you unless you are closer to a city space.

Battery life in the iPhone 6 Plus was great, until iOS 9. This is still the case with the iPhone 6S Plus. Pre-iOS 9 we were getting almost 4 days heavy use with no charge and now we can charge the device and have it dead in a day and a half. We are not sure what has changed but it does not last as long as it should, in our opinion.

This being the case for us, it may not be the case for you and to help you determine if you are there alongside us, we figure letting you know what we use the 6S Plus for is a good start. A typical day has us using some of the following apps and workflows:

All of these things could have been accomplished every day for around 3 days pre-iOS 9 as mentioned above but we think that Apple has some outstanding glitch where battery life is not where it should be.

All of these facets of reviewing a device can sometimes take some time to explore and develop a very granular understanding of what makes a device tick and how a review should flow. In our case, there were some issues and interesting features that took longer to play with and gain a comprehensive opinion of them, hence this review being two months (sadly) in the making. Living day to day with the iPhone 6S Plus is very similar to the iPhone 6 Plus with the added benefit of a few extra features that make it all worth while to a person with kids. We find ourselves checking the lock screen and hard pressing to see images move and enjoy the few extra features and the major hardware upgrades Apple has made, that the $1200 for the unlocked 64GB silver iPhone 6S Plus almost seemed worth the price (not at the time mind you). If you want the latest and greatest from Apple or see a feature on here that you don’t on the 6 Plus, get this device. We would also highly recommend this device for any iOS developers to get the creative juices flowing in regards to 3D Touch. If you have a iPhone 6S Plus and are enjoying it or are having trouble with it we would love to hear from you in the comments below. Until the next review, Happy Hacking!